Sida 190
Fundamentally, then, all the sciences began with empiricism, that is to say,
observation or chance experience had to form the first period. But empiricism is
not a permanent state in any science. In the complex sciences of humanity,
empiricism ...
Sida 210
I am maintaining a purely scientific opinion, because I can easily prove that the
true experimental method consists in a logical union of empiricism and
experimentation. In fact, we have seen that, before foreseeing facts according to
the laws ...
Sida 211
In a word, we must suffer empiricism; but trying to set it up as a system is an
antiscientific tendency. As for systematic and doctrinal physicians, they are
empiricists who, instead of having recourse to experimentation, take pure
hypotheses, ... 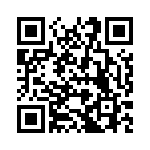