NO STAR TOO BEAUTIFUL: An Anthology of Yiddish Stories from 1382 to the Present

The ordeal of an embattled populace and the variety of a robust folk culture are preserved in this enormous anthology: an admirable labor of love executed with matchless skill by the veteran ... Lðs hela recensionen

No star too beautiful: Yiddish stories from 1382 to the present

Neugroschel (Great Tales of Jewish Fantasy and the Occult) has edited and translated this historic survey of Yiddish stories. Short stories, excerpts from novels, and some verse portray the great ... Lðs hela recensionen

Joachim Neugroschel was a well known literary translator (he translated French, German, Italian, Russian, Yiddish, and German). He also published poetry and was a poetry magazine founder. Neugroschel was born in Vienna on January 13, 1938. He grew up in New York City and graduated from Bronx Science in 1954, and Columbia University in 1958 with a degree in English and Comparative Literature. He moved to Europe and returned to New York six years later where he became a literary translator. Neugroschel was the winner of three PEN Translation Awards, the 1994 French-American Translation Prize, and the Guggenheim Fellowship in German Literature (1998). Neugroschel died on May 23, 2011 in Brooklyn, N.Y. He was 73. 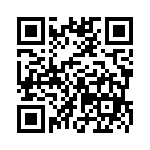