Sida 38
Indeed a discovery is generally an unforeseen relation not included in theory, for
otherwise it would be foreseen. In this respect, indeed, an uneducated man,
knowing nothing of theory, would be in a better attitude of mind; theory would not
...
Sida 164
In these researches I followed the principles of the experimental method that we
have established, i.e., that, in presence of a well-noted, new fact which
contradicts a theory, instead of keeping the theory and abandoning the fact, I
should keep ...
Sida 165
So I made more or less hypothetical theories of glycogenesis ; after mine came
others; my theories, like other men's, will live the allotted life of necessarily very
partial and temporary theories at the opening of a new series of investigations ... 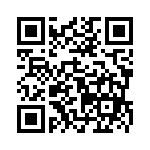