Sida xv
His worles include poetry, short stories, plays, literary criticism, and notably books
on travel, in which he has depicted in high artistic form his wide experiences and
impressions gained in the Far East, North and Central America, Africa and the ...
Sida 15
If the ideas are derived from Clairvaux, they were in some measure permeated
with the Nordic spirit before they were put into artistic form. Is it not strange to
think that French master-builders, and presumably also masons, should have
found ...
Sida 35
witnessed, as far as this country was concerned, a straining of every artistic effort,
from which our architecture also benefited. Artists and manufacturers established
fruitful contact with one another,';and in the great buildings that were produced ... 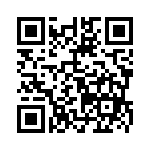