Edward Einhorn is the author of Paradox in Oz and The Living House of Oz (Hungry Tiger Press), the upcoming picture book A Very Improbable Story (Charlesbridge) and numerous plays produced in New York. He also serves as the Artistic Director of Untitled Theater Company #61. He was the curator of Untitled Theater's 24/7 Festival and their Ionesco Festival (the first-ever complete festival of Ionescos plays). He recently directed and co-wrote the critically acclaimed Off-Broadway play Fairy Tales of the Absurd, which the New York Times called "almost unbearably funny." Information about his theater and his other publications is available at www.untitledtheater.com 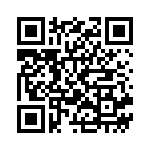