Sida 170
Leann Tigges has looked at the absolute earnings decline in an attempt to isolate
the major cause. Comparing data from the 1960 and 1980 Census Bureau public
use samples, she was able to trace what has happened to earnings over ...
Sida 175
region continued to have a greater proportion of its states in the bottom quartile of
earnings compared to other areas. The South Atlantic states (Florida, Georgia,
South Carolina, North Carolina, Virginia, West Virginia, Maryland, District of ...
Sida 343
Lynn A. Karoly, “Changes in the Distribution of Individual Earnings in the United
States: 1967–1986” (Santa Monica, CA: RAND Corp., 1989). See also W. Norton
Grubb and Robert H. Wilson, “The Distribution of Wages and Salaries, ... 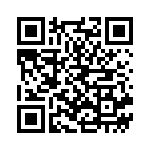