Well, I've finished Genesis, and I really don't see what all the excitement is about. For beauty, this new translation is so far behind the King James as not even to be in the same race. For meaning ... Läs hela recensionen

Robert Alter's translation of the Five Books of Moses is stunning. There is something wonderful about reading them translated from scratch by a single person so that it embodies a fresh, singular ... Läs hela recensionen

Robert Alter's ongoing translation of the Hebrew Bible, the magnificent capstone to a lifetime of distinguished scholarly work, has won the PEN Center Literary Award for Translation. His immense achievements in scholarship ranging from the eighteenth-century European novel to contemporary Hebrew and American literature earned Alter the Robert Kirsch Award for Lifetime Achievement from the Los Angeles Times. A member of the American Academy of Arts and Sciences and the American Philosophical Society, Alter is the Class of 1937 Professor of Hebrew and Comparative Literature at the University of California, Berkeley. 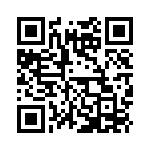