Victor Kiernan (1913-2009) ranks among Britain's most distinguished historians. After a fellowship at Trinity College, Cambridge, and a long period spent teaching in India, he joined the History Department at the University of Edinburgh, where he served as professor of modern history from 1970 until his retirement. Over the course of his life he authored such works as European Empires from Conquest to Collapse; The Duel in European History; The Lords of Human Kind and numerous others.

Terry Eagleton is a literary critic, writer and chair in English literature in Lancaster University's department of English and creative writing. He is the author of Shakespeare and Society amongst many other works. 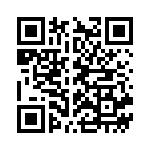