Esther Gilman Richey is Assistant Professor of English at the University of North Carolina at Charlotte. 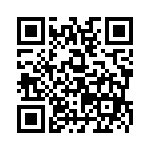