Minna Törmä is Lecturer of Chinese Art at Christie’s Education London and School of Culture and Creative Arts, University of Glasgow; and Adjunct Professor of Art History at University of Helsinki. 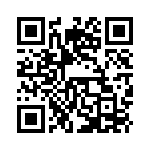