Sida 82
31 It contained the supplentes paragraph , which stated : Supplying nevertheless by our supreme authority royal of our mere motion and certain knowledge , if any thing be or shall be wanting , either in the things , which according to ...
Sida 92
... were made in that year , according to the same record , of which just half were vacated by death ; only 15 of the 46 are listed as being due to deprivation.o In 1560 , of 37 cases [ Elizabeth ] said three or four very bad things .
Sida 160
the forgiveness of his sins and trespasses , in such things as he has offended . And this justification or righteousness , which we so receive of God's mercy and Christ's merits , sembraced by faith , is taken , accepted , and allowed ... 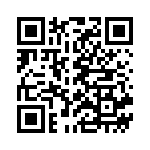