As long as this influential book has been around, I’m just now getting around to reading it. The problem, for me, was the title; somehow, it just seemed hard for me to take it seriously. It is ... Read full review

References to this book

Born in London in May, 1901, Dr. Hugh J. Schonfield was an eminent historian, biblical archaeologist and best-selling author. A scholar of unrivalled repute in the field of the Jewish origins of Christianity, he was one of the greatest popularisers of ideas of our time. 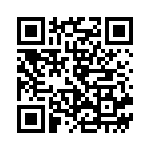