Sida 144
Soon he was on friendly terms with many of the leading writers of the time : George Bernard Shaw , Oscar Wilde , George Russell ... he founded the Irish National Theatre Society in Dublin and began writing 144 WILLIAM BUTLER YEATS.
Sida 152
Writing poems was not an easy process for Yeats . Even at the height of his career he felt that he had finished a full day's labor when he had composed six lines of poetry . As a very young poet he often spent an entire week on six ...
Sida 237
With dizzy speed , with haste , chop - chop , Line over line , word over word , As swift as any soaring bird , And therefore up and up I go , , Where writers do . Well , now I know , ( How slowly , too ) had they begun Imagine what they ... 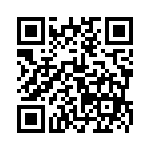