Known as “Cizar Antmann” to many of his mentees and professional networks worldwide. Bachir BRAHIM is an academic, professional mentor, and a serial entrepreneur with broad experience in running multiple startups internationally. He holds a Magister in Business Communication, a Master in Entrepreneurship, and a Master in Innovation Management, he is finishing his Ph.D. in Business Administration.

He has spent the last ten years doing research, and learning from the most successful stories about innovation and entrepreneurship globally; including living, and running businesses in countries like Algeria, Denmark, Canada, Germany, Italy, Mauritius, Sweden, Switzerland, and the United Arab Emirates. A learning journey that reflects the pursuit of views, beliefs, and opinions around the degree of strength or weakness, success, or failure of different entrepreneurship initiatives worldwide.

Bachir has quickly understood the importance of knowledge transfer and sharing experiences in promoting entrepreneurship and creating value in society. So, he applied these values to his endeavors by sharing knowledge and work experience with aspiring entrepreneurs through multiple mentoring programs and social entrepreneurship initiatives. Since 2010, he has trained and mentored more than 2000 entrepreneurs in growing and scaling up their business. He has been honored with several international awards for his contribution to entrepreneurship promotion within universities. He is currently most passionate about studying ants biology, and biotechnology of social insects in order to improve and enhance the business model presented in this book.

Bachir divides his time between Germany, and Sweden, where he is focusing on writing about finding innovative solutions to promote entrepreneurship and innovation. 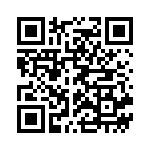