Passionate and fervent about saving the lost, D.L. Moody’s The Way to God and How to Find it, is sheer reading pleasure. Primarily intended as a devotional, he employs several Biblical quotes, with ... Läs hela recensionen

I enjoyed these easy to understand but deep Christian messages by D.L.Moody. I really will need to listen to it again soon because there was so much there. Any Christian can use the truths that are ... Läs hela recensionen

Dwight Lyman Moody was born in Northfield, Massachusetts on February 5, 1837. In 1858, Moody started a Sunday school in a converted saloon, and six years later became pastor of the newly opened Illinois Street Church in Chicago. In 1886, Moody was involved in the founding of the Chicago Evangelization Society, which was eventually renamed the Moody Bible Institute. He died on December 22, 1899, but before he did he preached to more than 100 million people. His legacy lives on in the Moody Bible Institute and the Moody Memorial Church. His works include Heaven, Prevailing Prayer, and Secret Power. 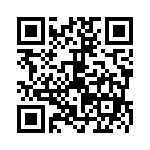