As the author states, his "interest in the book of Revelation is limited to the situation in which it was first read and written" (p.3). Thompson basically contends that John did not write his ... Läs hela recensionen

Sida 156 - For I testify unto every man that heareth the words of the prophecy of this book ; If any man shall add unto these things, God shall add unto him the plagues that are written in this book ; and if any man shall take away from the words of the book of this prophecy, God shall take away his part out of the book of life, and out of the holy city, and from the things which are written in this book.
Visas i 1059 böcker frĺn 1644-2008
Sida 90 - And the nations were angry, and thy wrath is come, and the time of the dead, that they should be judged, and that thou shouldest give reward unto thy servants the prophets, and to the saints, and them that fear thy name, small and great; and shouldest destroy them which destroy the earth.
Visas i 896 böcker frĺn 1181-2008
Mer
Sida 127 - How much she hath glorified herself, and lived deliciously, so much torment and sorrow give her. For she saith in her heart, I sit a queen, and am no widow, and shall see no sorrow.
Visas i 893 böcker frĺn 1755-2008
Sida 70 - The first angel sounded, and there followed hail and fire mingled with blood, and they were cast upon the earth : and the third part of trees was burnt up, and all green grass was burnt up.
Visas i 656 böcker frĺn 1755-2008
Sida 75 - And it was commanded them that they should not hurt the grass of the earth, neither any green thing, neither any tree; but only those men which have not the seal of God in their foreheads.
Visas i 752 böcker frĺn 1181-2008
Sida 110 - And I saw as it were a sea of glass mingled with fire : and them that had gotten the victory over the beast, and over his image, and over his mark, and over the number of his name, stand on the sea of glass, having the harps of God.
Visas i 1016 böcker frĺn 1643-2008
Sida 8 - The mystery of the seven stars which thou sawest in my right hand, and the seven golden candlesticks. The seven stars are the angels of the seven churches : and the seven candlesticks which thou sawest are the seven churches.
Visas i 937 böcker frĺn 1755-2008
Sida 50 - And they sung a new song, saying, "Thou art worthy to take the book and to open the seals thereof; for thou wast slain and hast redeemed us to God by thy blood out of every kindred and tongue and people and nation; and hast made us unto our God kings and priests; and we shall reign on the earth.
Visas i 786 böcker frĺn 1755-2008
Mindre

I was born in Valdosta, Georgia on September 30, to Joe and Evelyn Lewis Cooper Sr. Although born in Georgia, I was raised the majority of my life in the East N.Y. section of Brooklyn. I am the third eldest of nine children. It wasn't until now that I understand that God had a divine purpose for my life. I remember as a child asking many times, "why does my life have to be this way?" I had gone through so many traumatic experiences. I was often confused as to why, if there is a God, could He allow these things to happen to me. Little did I know, all that I've had to endure and all that I was put through was simply part of a process to make me the person that God has called me to be. Even though my dad's father was a preacher and my mom's parents were dedicated members of ministry, I was not raised in the church and did not know the Lord. It wasn't until my later teenage years that I had given my life to the Lord. Shortly after giving my life to the Lord, I began experiencing prophetic dreams. The dreams began to happen so frequently and were so accurate, that they became frightening to my family every time I'd approach them about one. After the dreams, I began having visions. The visions became even frightening to me because I didn't have to be sleep to see the future; I was now walking around and seeing things as if I were watching a movie. I had no control as to when and where I would have these visions --- they'd just simply appear. God has blessed me with healing and deliverance --- in which I go into great detail about in my next book titled, "In Too Deep". I was called into the ministry as a deaconess/missionary and then an evangelist. My goal was to find the simplest explanation of the Book of Revelation to encourage others to read it. I also wanted to be careful not to allow self to dictate or alter any part of God's Holy Word. 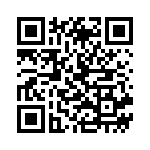