Sida 15
Makiko Tanaka, the daughter of the infamous Kakuei Tanaka, who dominated the
LDP in the 1970s and 1980s, and who was prime minister in the early 1970s until
his resignation following a financial scandal. Although charismatic, she has no ...
Sida 7
... of public funds into ailing banks are unnecessary, setting him in direct
opposition to the finance minister, Masajuro Shiokawa. Relations between Mr
Koizumi and his most high-profile cabinet colleague, the foreign minister, Makiko
Tanaka, ...
Sida 16
One of the first appointments that Mr Koizumi made to his new cabinet in April
was that of Makiko Tanaka, the daughter of the late prime minister, Kakuei
Tanaka, to the foreign affairs portfolio. The appointment of Ms Tanaka, one of
Japan's ... 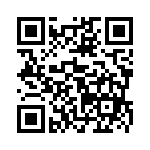