Maxwell Bloomfield is Professor of History and Law, Emeritus, at the Catholic University of America. 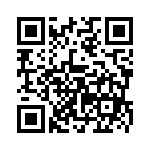