Sida 177 - And how does the bourgeoisie get over these crises? On the one hand by enforced destruction of a mass of productive forces ; on the other, by the conquest of new markets and by the more thorough exploitation of the old ones. That is to say, by paving the way for more extensive and more destructive crises, and by diminishing the means whereby crises are prevented.
Visas i 319 böcker frĺn 1888-2008
Sida 20 - The mode of production in material life determines the general character of the social, political and spiritual processes of life. It is not the consciousness of men that determines their existence, but, on the contrary, their social existence determines their consciousness.
Visas i 738 böcker frĺn 1881-2008
Mer
Sida 138 - ... We see, then, that the disappearance of the conscious personality, the predominance of the unconscious personality, the turning by means of suggestion . and contagion of feelings and ideas in an identical direction, the tendency to immediately transform the suggested ideas into acts ; these, we see, are the principal characteristics of the individual forming part of a crowd. He is no longer himself, but has become an automaton who has ceased to be guided by his will.
Visas i 62 böcker frĺn 1896-2008
Sida 73 - A has power over B to the extent that he can get B to do something that B would not otherwise do.
Visas i 309 böcker frĺn 1936-2008
Sida 42 - In the colonies the economic substructure is also a superstructure. The cause is the consequence ; you are rich because you are white, you are white because you are rich.
Visas i 121 böcker frĺn 1951-2007
Sida 42 - ... expressions of respect for the established order serve to create around the exploited person an atmosphere of submission and of inhibition which lightens the task of policing considerably. In the capitalist countries a multitude of moral teachers, counselors and "bewilderers" separate the exploited from those in power.
Visas i 51 böcker frĺn 1963-2007
Sida 172 - The more amiability and esprit de corps there is among the members of a policy-making ingroup, the greater the danger that independent critical thinking will be replaced by groupthink, which is likely to result in irrational and dehumanizing actions directed against outgroups.
Visas i 70 böcker frĺn 1946-2007
Sida 216 - INTEGRATION we mean the attainment, within a territory, of a "sense of community" and of institutions and practices strong enough and widespread enough to assure, for a "long" time, dependable expectations of "peaceful change
Visas i 123 böcker frĺn 1952-2008
Sida 20 - It is not a question of what this or that proletarian, or even the whole proletariat, at the moment regards as its aim. It is a question of what the proletariat is, and what, in accordance with this being, it will historically be compelled to do.
Visas i 76 böcker frĺn 1958-2007
Mindre

MICHAEL HAAS is Professor of Political Science at the University of Hawaii at Manoa. The author of Genocide By Proxy: Cambodian Pawn on a Superpower Chessboard (Praeger, 1991) and Cambodia, Pol Pot, and the United States: The Faustian Pact (Praeger, 1991), Haas has also authored more than twenty other books and over one hundred articles. He is a major developer of the functionalist theory of international relations. 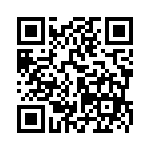