Peter Hames is Honorary Research Associate in Film and Media Studies at Staffordshire University. His books include The Czechoslovak New Wave (second edition, 2005) and, as editor, The Cinema of Central Europe (2004), The Cinema of Jan Svankmajer: Dark Alchemy (second edition, 2008), and Cinemas in Transition (with Catherine Portuges, forthcoming). He has contributed to a wide range of publications, including Sight and Sound, Index on Censorship, Canadian Slavonic Papers, and KinoKultura. 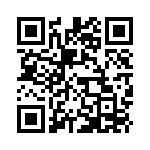