Rob Axtell earned an interdisciplinary Ph.D. at Carnegie Mellon University, where he studied computing, social science, and public policy. His teaching and research involves computational and mathematical modeling of social and economic processes. Specifically, he works at the intersection of multi-agent systems computer science and the social sciences, building so-called agent-based models of a variety of marketand non-market phenomena.

His work has been published in "Science," the "Proceedings of the National Academy of Sciences, USA," and been reprised in "Nature," as well as appearing in leading field journals. His research has been supported by private foundations and governmental organizations. Stories about his research have appeared in many major magazines and newspapers. He is co-author of "Growing Artificial Societies: Social Science from the Bottom Up" (MIT Press).

Joshua M. Epstein directs the Johns Hopkins University Center for Advanced Modeling in the Social, Behavioral, and Health Sciences (CAM). He holdsáa Ph.D. from MIT and is Professor of Emergency Medicine in the School of Medicine with Joint Appointments in the departments of Applied Mathematics, Economics, Biostatistics, International Health, Environmental Health Sciences, Civil Engineering, and the Institute for Computational Medicine. He is director for Systems Science of the Johns Hopkins Systems Institute based in the Whiting School of Engineering. He is a former Senior Fellow in Economics and Director of the Center of Social and Economic Dynamics at the Brookings Institution, and is an external professor at the Santa Fe Institute. 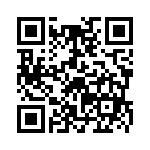