Sida 10
Parler , to speak Bearla , language . phenomenon unique in that part of the countryAller , to go Aill , go thou , or come . might seem to lend some small countenance to his Allodial , the most ancient theory . tenure of land Allod ...
Sida 224
Henry Smith , Esq . , altered to William Fancourt , Ancients , and against the Orders and Constitutions of Esq . the said House , whereupon it ... 1721 , Orlando Brown , Esq . and have been refractory in performance of the ancient 1722.
Sida 345
F. C. HUSENBETH , D.D. The TEMPLE of the EPHESIAN ARTEMIS and the ANCIENT SILVER PATERA from BERNAY . Chas . A New Edition , Waldstein . Illustrated . With numerous Corrections and Additions , CLEVEDEN CHURCH , Andrew Lang . 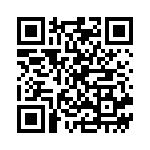