Sida 105 - You taught me language; and my profit on't Is, I know how to curse : The red plague rid you, For learning me your language ! Pro.
Visas i 1090 böcker frĺn 1709-2008
Sida 68 - At the level of individuals, violence is a cleansing force. It frees the native from his inferiority complex and from his despair and inaction; it makes him fearless and restores his self-respect.
Visas i 278 böcker frĺn 1945-2008
Mer
Sida 53 - Water with berries in't, and teach me how To name the bigger light, and how the less, That burn by day and night : and then I lov'd thee, And show'd thee all the qualities o' th' isle, The fresh springs, brine-pits, barren place and fertile.
Visas i 589 böcker frĺn 1773-2008
Sida 37 - When I was close I saw the jagged stone in her hand but I did not see her throw it I did not feel it either, only something wet, running down my face.
Visas i 31 böcker frĺn 1952-2006
Sida 115 - Let them eat,' was the people's opinion, 'after all when white men used to do all the eating did we commit suicide?' Of course not. And where is the allpowerful white man today? He came, he ate and he went. But we are still around. The important thing then is to stay alive; if you do you will outlive your present annoyance. The great thing, as the old people have told us, is reminiscence; and only those who survive can have it. Besides, if you survive, who knows? It may be your turn to eat tomorrow....
Visas i 28 böcker frĺn 1966-2005
Sida 26 - Sometimes it was as if I were back there and as if England were a dream. At other times England was the real thing and out there was the dream, but I could never fit them together.
Visas i 37 böcker frĺn 1972-2004
Mindre

MARGARET PAUL JOSEPH, born in India, earned her doctorate in English at Temple University. A writer and reviewer, she specializes in post-colonial and women's fiction. She is the author of a study of Kamala Markandaya (1980) and is developing an anthology of writing from the Indian sub-continent. 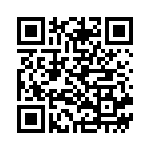