This is about how to survive a software development project when management has not allocated sufficient resources (e.g. time, money, people) to complete the job. Like Peoleware, it's often oriented at the human side of things. Lðs hela recensionen

EDWARD YOURDON has been called one of the ten most influential people in software, and has been inducted into the Computer Hall of Fame alongside Charles Babbage, Seymour Cray, James Martin, Grace Hopper, and Bill Gates. An internationally recognized consultant, he is author or coauthor of more than 25 books, including Byte Wars, Managing High-Intensity Internet Projects, and Decline and Fall of the American Programmer. He co-developed the popular Coad/Yourdon methodology, co-founded the influential Cutter Consortium Business Technology Council, and serves on the Board of Directors of iGate and Mascot Systems. 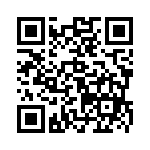