This posthumous 1964 title by the UN general secretary and Nobel Peace Prize winner makes no reference at all to his noted career. Instead, it is a diary of sorts of his personal creed, poems, and ... L‰s hela recensionen

There is always something new to find in this book. L‰s hela recensionen

Dag Hammarskjold was born in Sweden in 1905 and died in Northern Rhodesia in a plane crash in 1961, while flying there to negotiate a cease-fire between United Nations and Katanga forces. Elected Secretary-General of the United Nations in 1953, serving until his death, he was known throughout the world as a peacemaker. He had studied law and economics, but was also widely read in philosophy and literature. His internal struggles remained a private matter between him and God until after his death, when this book of meditations was published, making him posthumously one of the twentieth century's most noted spiritual pilgrims. 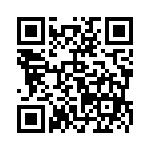