Swedish author Schepp makes her U.S. debut with this stellar first in a crime trilogy. Prosecutor Jana Berzelius heads the investigation into the shooting murder of Hans Juhlén, the person in charge ... Läs hela recensionen

Emelie Schepp is an international bestselling author of Nordic crime. She was named the 2016 Swedish Crime Writer of the Year. She lives with her husband and two children in Sweden. 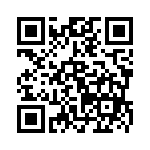